Where it all started...


If it were not for such places as DSWT my life would not be what it is and certainly not the special people in it. Sometimes you just need to look back to realize what is in front of you...

At home with giants

The area around our Ithumba Reintegration Unit is a safe haven for elephants, with lots of wild herds regularly visiting in the knowledge that this is a place where they are protected and one that has ample water year-round courtesy of the Trust's water bowsers.

When the Ithumba Unit was first founded, elephant bulls came to scout the area, bravely stopping by to see what all the commotion was about and, in time, word has spread among Tsavo's wild elephant population that here they can find safe water points, food and even help if they might ever need it.
This ‘big boys club’ has become very attached to the Ithumba orphans and their Keepers, and they have fully familiarised themselves with all the routines - so much so that it’s often difficult to differentiate between wild elephants and the orphans! Even more special is the presence of female herds that converge with their young and the fact that we have in the past had injured elephants visit us here, seemingly coming to us for help, which our teams have provided.

You can read about Ithumba and all our Units at sheldrickwildlifetrust.org/projects/orphans/our-orphan-units 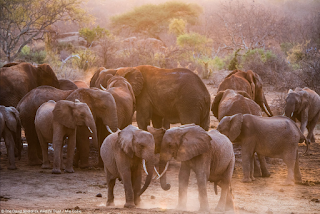 Wildworksphotography.com
Posted by Bruce at 3:29 PM No comments:

I am now a proud foster dad to BARSILINGA A 1 year 4 month old African Elephant baby that was left to die next to his mother who was brutally killed by poachers. BARSILINGA was only two weeks old.  This hits the heart for me as I have a special place for Elie's and it just so happens I had spent a day at the the DAVID SHELDRICK WILDLIFE TRUST. An amazing group of people who rescue and reintroduce orphaned Elie's back into the wild to once again live free as they should. I will continue to bring attention to the plight of the Elie's and hope you will follow and bring attention to others.

The loss of a mother

Gunshots were heard during the evening of 13th April 2012 by the community of the Lpus-La-Mpasion area near Wamba in the Samburu tribal area of Northern Kenya. The next morning a severely wounded female Elephant, with a calf at foot, was spotted in the area. Bullet wounds in the chest area and front legs had rendered her barely able to even move, yet another victim of the ivory trade and a grizzly reminder of the suffering attached to each piece of ivory that is bought or sold. The mother's end was a painful one, full of suffering, and her calf would have been a victim too had he not been one of the lucky few rescued. 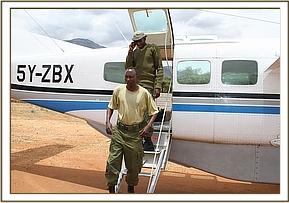 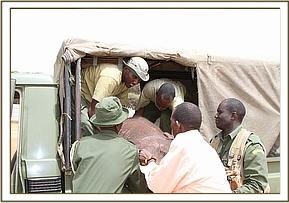 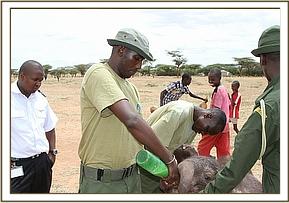 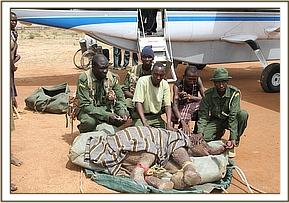 The matter was reported to a KWS patrol within the area. They summoned the KWS Vet, Dr. Mutinda, who travelled to the scene to assess the injured mother. It turned out that the female elephant’s wounds were too severe for any hope of recovery. Having reported the matter to the Nairobi KWS Headquarters, it was decided that the mother be euthanized and her calf saved and sent to The David Sheldrick Wildlife Trust Elephant Nursery in Nairobi National Park. The calf had its last feed of mother’s milk at 9 a.m. before the mother was later laid to rest.

By 1.30 p.m. the DSWT Rescue Team landed at the nearby Kisima Airstrip and waited for the arrival of the KWS ground team with the young baby. KWS had a good distance to travel to bring the rescued calf to the closest airstrip and arrived about 30 minutes later with him loaded in the back of a landcruiser pickup, closely held by the rangers. After our keepers checked on his condition he was loaded into the aircraft in order to be airlifted back to the Nursery, arriving in the afternoon. 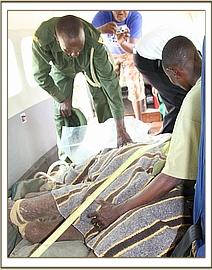 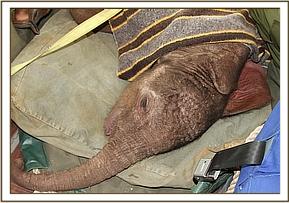 The baby was in good condition, approximately two weeks old, a tiny bull still pink behind the ears. He was given the name “Barsilinga” after the area close to where his mother met her grizzly end just weeks after giving life to this precious baby.

Barsilinga is in good company now and is doing what a baby Elie should do.  Grow and play... 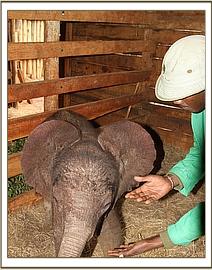 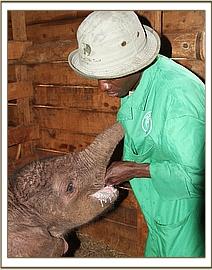 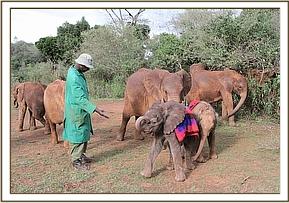 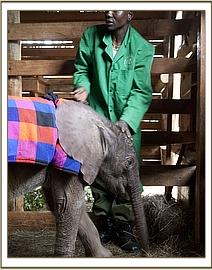 
Wildworksphotography.com
Posted by Bruce at 12:48 PM No comments:

Save the African Elephants